Liliana is our spunky, sassy 3-year old heart warrior who has gone through so much in her life, and this is her story. When I was around 20-weeks pregnant we were told Liliana had AV Canal heart defect. I don’t think I have ever been more scared in my life. Liliana’s father and I did not know what to expect. We were a young couple expecting our first baby! Initially we were told Liliana would have surgery around 6-9 months of age, but when she was born at 36-weeks, doctors informed us of a severe Coarctation (narrowing) in her Aorta. Liliana was life flighted from Greenville, SC to the Medical University of South Carolina in Charleston at just 1 day old.

I was full of mixed emotions. I wasn’t even able to hold my baby for more than 2 minutes before she was whisked away. Due to preeclampsia, I had to stay another night in the hospital before getting discharged to head 4 hours to Charleston the day after Liliana was already there. Liliana’s dad Bryan and I finally arrived to MUSC, and we were greeted by some of the best nurses and doctors I have ever encountered, which gave me a sudden feeling of comfort. Days had passed and we still did not have an answer as to when our little girl would have her first surgery. It was frustrating not knowing, but we remained as calm as possible knowing she was in good hands!

July 5th, 2016 at just 2 weeks of age Liliana had her first open heart surgery, the Norwood procedure by Dr. Scott Bradley, and she did great! Surgery took about 6 hours or so and shortly after we were able to see Liliana in the pediatric cardiac ICU. We were informed Liliana would be a bit swollen and “look different” in the ICU, but nothing could ever prepare me for how my sweet baby girl would look. I felt numb, scared and hopeless. Seeing your baby attached to numerous tubes, wires, and machines is really scary and knowing we couldn’t hold her for a few more days was just awful. The next few hours would be critical for Liliana as part of her recovery. She did wonderful and came off pain meds, tubes, wires etc. faster than they expected! Next thing you know she gets moved to the step-down unit. Yay! That means we get to bring her home soon… but I was wrong. One of our biggest struggles, which we still are working on to this day, is feeding. Liliana could not finish a bottle. Liliana, as well as many heart  babies tend to tire very easily when it comes to eating. Nurses and doctors told us this was kind of ‘normal’ because it’s difficult for these heart babies to eat and breathe all at the same time. We continued to work with therapists in hopes to get her eating the way she should. July 18th rolls around and I notice one night while sitting bedside that Lily’s hands were twitching. I pulled out my phone and recorded it and brought it to the doctors’ attention the next morning. The decision was made to bring a neurologist into the picture who had requested an overnight EEG. The next day we learned Liliana was having focal seizures and was immediately put on medication to control the seizures. During this time Liliana continued to work hard on feeding but with no success. August 5th she went in to have a g-tube placed. We were not prepared for this. Looking back I wish I knew all the struggles that would come with feeding issues, but we are working so hard to get Liliana to where she needs to be today. Day 52 of being in the hospital, and we finally got to take our beautiful baby girl home!

Lily had many hospital admissions (I lost count after admission #12) for common colds, seizures, feeding issues etc. but she fought through just like we knew she would! Months passed and she was able to learn, play and grow so much before her 2nd (and hopefully final for now) open heart surgery at 9-months of age on March 22, 2017! The second surgery was a breeze for our little lady- in and out of the hospital in 7 days! Today Liliana is doing wonderful! You would never know she had gone through all these hurdles so early on in life. We are still learning how to eat and drink by mouth, but she is making great progress. We are working on speech and some sign language as Liliana also was born with moderate-severe hearing loss and bilateral microtia (ear deformity). Liliana, Bryan and I have since relocated back to Massachusetts, and she is followed by many amazing specialists at Boston Children’s Hospital. We are still waiting on a clearer genetic diagnosis as Lily also has a rare gene mutation that only 6 or 7 people in the world are documented with. Liliana will start preschool in September and is only monitored once a year by her Cardiologist for a leaky mitral and tricuspid valve!! 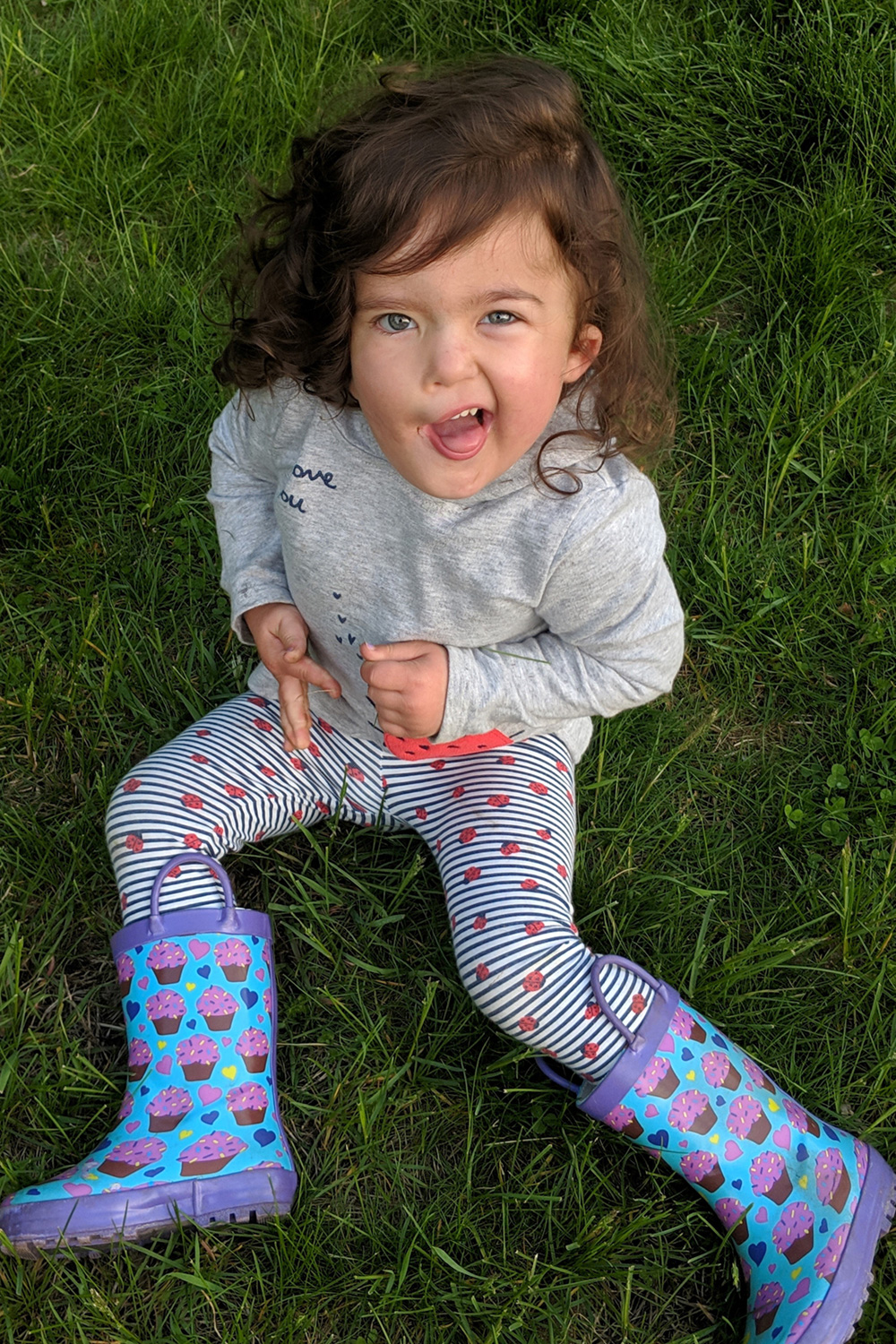 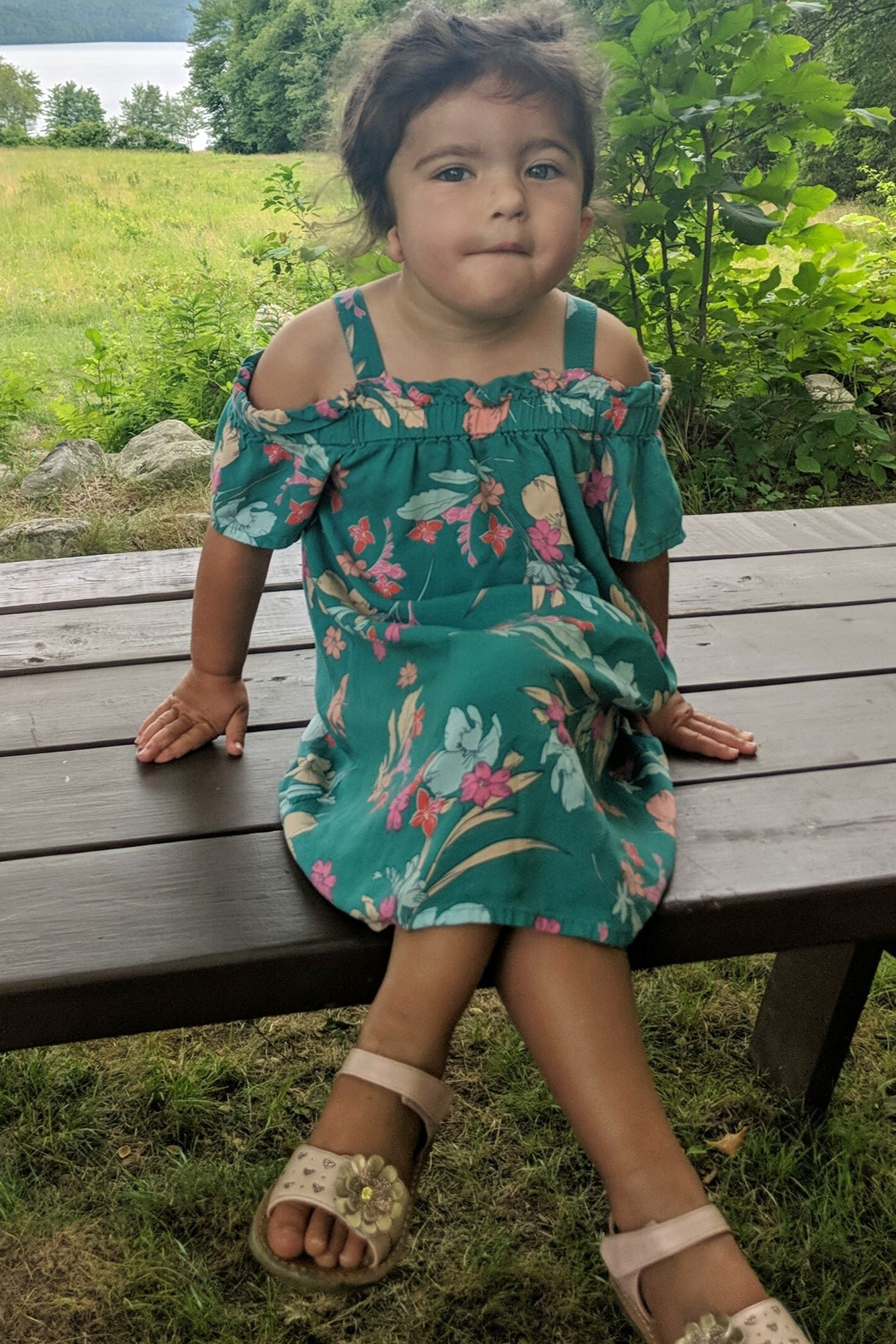 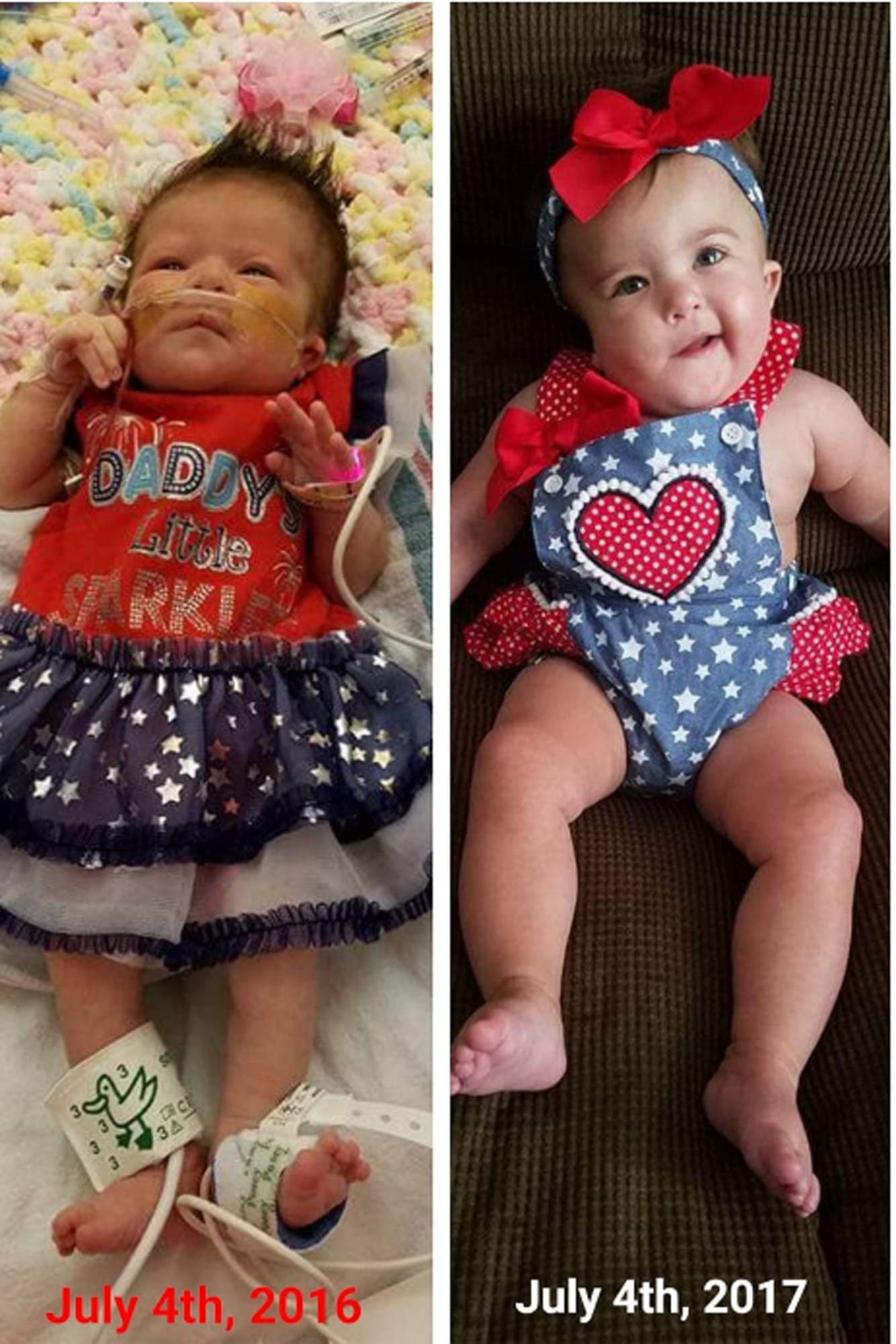